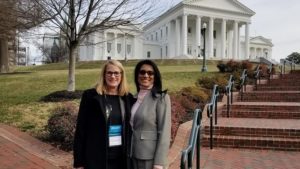 Members the Dulles Area Association of REALTORS® (DAAR) met with members of the General Assembly and Virginia officials to voice concern about the proposals to increase taxes on Northern Virginians. DAAR, along with other REALTORS® across Northern Virginia, joined in the discussion as negotiators search for ways to provide $154 million in dedicated funding for Metro.

Although there are differences in the various budget proposals, each include an increase to the current Northern Virginia regional grantors’ tax (“congestion relief fee”). “This increase directly impacts Northern Virginia homeowners,” said Holly Weatherwax, President of DAAR. “We traveled to Richmond to persuade officials to minimize the impact of this additional tax.” 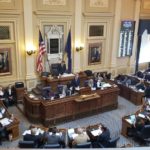 This is an issue that will continue to be debated in the Virginia General Assembly since different ways to fund Metro have been proposed. The original proposal requested increasing the regional tax to a total of $.25/$100. When added to the statewide tax on property owners, Northern Virginia homeowners would pay $.35/$100 in taxes. This increase will result in hundreds of additional dollars that only Northern Virginia homeowners would have to pay. While still calling for an increase, another proposal would bring the regional tax to a total of $.20/$100.

If passed at the proposed rate, the overall tax increase for Northern Virginians will have more than tripled since prior to passage of the 2013 Congestion Relief Fee – a 250% increase in the tax rate and a 277% increase in real dollars when including the average rise in the Sold Price since 2013.

Other differences include: whether dedicated funding will be provided by the state, and if so, how much; and how much will be taken from the Northern Virginia Transportation Authority (NVTA). NVTA is currently funded through regional taxes on Northern Virginians and used to provide funding for local road improvements. Other provisions include setting a floor on the regional gas tax and raising the hotel tax in Northern Virginia from 2 percent to 3 percent. 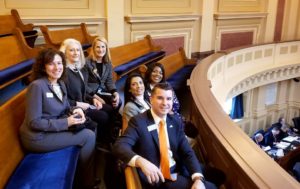 Along with DAAR, members of the Northern Virginia Association of REALTORS® and the REALTOR® Association of Prince William met with Secretary of Transportation Shannon Valentine. “While the outcome of negotiations is unclear,” said Weatherwax. “We appreciate the opportunity to bring our concerns to their attention and to continue working to find an equitable solution.” To read more about the REALTOR® position, visit https://dullesarea.com/wp-content/uploads/2018/01/Joint-REALTOR-Statement-Regarding-Metro-Funding-Proposal.pdf.