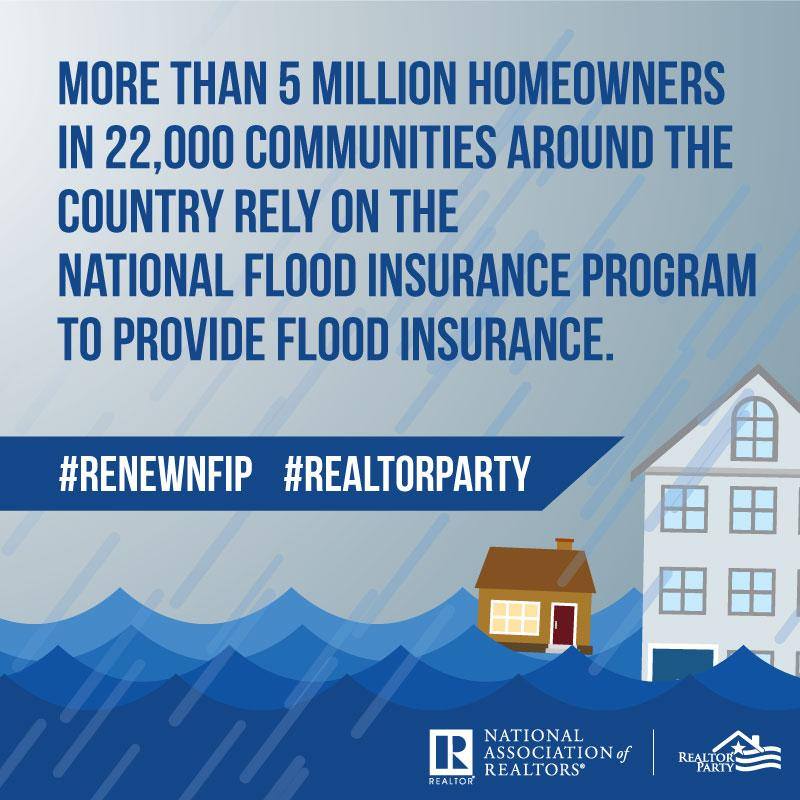 The U.S. House of Representatives passed a four-month extension of the National Flood Insurance Program  in a bipartisan, 366-52 vote. Action now turns to the Senate. Once the Senate votes, the bill goes to President for his signature. Program authorization expires July 31. About 105,000 REALTORS® sent letters, including many DAAR members, to their members of Congress urging action under NAR’s Call for Action, which will end once the Senate votes. Thank you to everyone for their advocacy on this issue, which affects real estate transactions in more than 22,000 communities across the United States.