The Loudoun County Board of Supervisors approved plans to expand Route 15 north of Leesburg. The four-lane road will run from the Leesburg Bypass to the north side of Lucketts. Improvements to Route 15 also include a bypass around Lucketts and shoulders further north toward Maryland.

To learn more about the approved plan and other background material on expanding Route 15, visit www.loudoun.gov/route15. 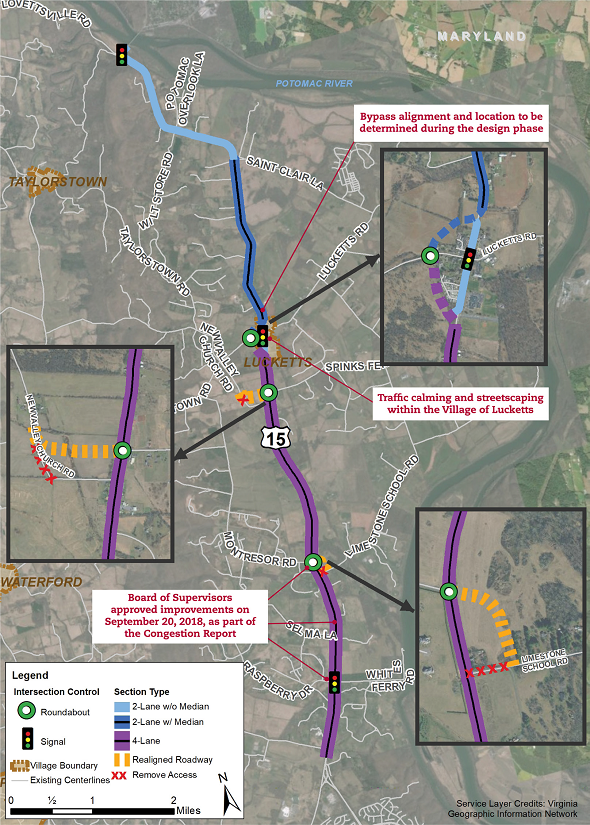 Expansion approved by the Loudoun County Board of Supervisors