The Dulles Area Association of REALTORS® joins NAR and applauds the U.S. House for passing H.R. 5, the Equality Act.

On Thursday, February 25th, the U.S. House of Representatives voted (224-206) to pass the Equality Act, with three members of Congress crossing party lines in support. 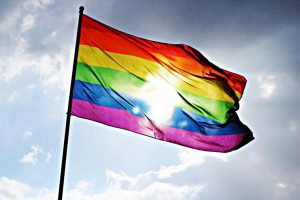 Should it pass the Senate and gain the presidential stamp of approval, H.R. 5 would amend the Civil Rights Act of 1964. The amendment would federally prohibit discrimination on the basis of sexual orientation and gender identity in the areas of employment, public education and public accommodations among others. The bill would also amend the Fair Housing Act of 1968 and provide LGBTQ+ protections in home sales, rentals, financing insurance and various other housing-related transactions.

The House passed an earlier version of the bill in May of 2019 but it failed to make it through the Senate chamber at the time. Should the bill make it through the evenly divided Senate, it is almost certain to become law as President Biden has already pledged his support for the policy.

DAAR joins NAR in applauding the House vote, and commends NAR for being one of (now) 600+ organizations supporting the legislation. H.R. 5 encapsulates the Association’s commitment to housing equality and an open housing market where all who wish to partake may do so without fear of discrimination. The path toward fairness in housing has been long, and while there is still more work to do, the Equality Act is certainly a step in a much-needed direction.