The Virginia Highway Corporation Act (often called the “Greenway Bill”) has passed both the House of Delegates and the State Senate (33-5) as of late February. Now, 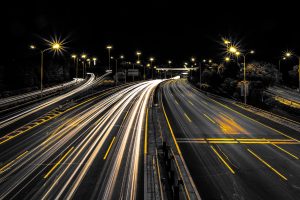 the fate of the bill rests on the desk of VA Governor Northam who has until March 31st to act on the legislation.

The bill would combat the rising toll prices of the Dulles Greenway, which is currently the only privately-owned highway in the commonwealth. The rising toll costs have been a large concern for Loudoun County commuters, as the prices already hover around $5.80 during rush hour, and $4.75 when the hours are off-peak.

Should it be signed by Governor Northam, the bill would implement a series of measurement standards to regulate the toll costs. One of these standards is to assess whether or not the proposed toll increases will discourage commuters from using the road. Another provision would prohibit any proposed toll increases that extend beyond one year. Currently, the owners of the Dulles Greenway have requested five additional years of fare increases through 2025. According to the bill, the State Corporation Commission will be prohibited from authorizing any proposed increases should they fail to meet the new criteria.

State and local leaders throughout the area have been immensely vocal about the existing high toll costs on the Greenway. In fact, many members of the Loudoun community are already going out of their way to avoid the 14-mile-long road. The hope now is that the Governor will give his executive stamp of approval on the bill without including any amendment changes.

03/29/21 Update: Governor Northam signed the Greenway bill into law, without amendments, on Thursday, March 25th. The law will now go into effect on July 1st of this year.