An Update on Everything Broadband

What you need to know: DAAR’s new partnership with the Loudoun Broadband Alliance, the BRIDGE Act, broadband efforts in Western Loudoun, & more. 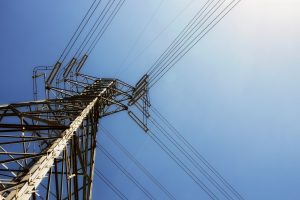 As the COVID-19 pandemic has shown, people are more dependent on the internet than ever before, rendering it less of a luxury and more of a daily necessity. As calls for high-speed internet expansion continue to grow, here is a breakdown of where broadband access currently stands on the national and local stages.

To meet the heightened need for internet access, a bipartisan group of U.S. Senators introduced the Broadband Reform and Investment to Drive Growth in the Economy (BRIDGE) Act on Tuesday, June 15th to increase federal funding and finally close the digital divide.

In summary, the BRIDGE Act would:

DAAR joins the National Association of REALTORS®’ (NAR) in applauding the bipartisan group of senators for reintroducing the legislation. Updates on NAR’s advocacy efforts and the bill’s progress in Congress to follow.

DAAR has partnered with the Loudoun Broadband Alliance (LBA) in support of their efforts to bring high-speed, affordable internet access to Western Loudoun County. During an introductory meeting with members of LBA’s executive team, DAAR’s Government Affairs Director agreed to support the organization’s efforts as their new industry advisor.

In this capacity, DAAR will provide LBA with studies/research on matters such as the impact that broadband access has on home and property values. Briefings on relevant public policies and legislation will also be provided to LBA, all of which will further the organization’s literature contents and advocacy efforts.

To view LBA’s current efforts, including their map of the underserved areas of Loudoun County, please click here.

On Tuesday, June 15th, the Loudoun County Board of Supervisors adopted the finance committee’s recommendations on how to allocate $20 million in funding from the American Rescue Plan Act. $1 million of the allocated funding will be directed towards the county’s broadband efforts.

All Points Broadband (APB) is the top choice for a partnership with the Loudoun County Government that could bring broadband to the west. The company became the top contender from its strong record of winning Virginia Telecommunication Initiative (VATI) grants in years prior. The County Administrator, Erin McLellan, mentioned that this grant would be crucial in offsetting project costs.

The broadband company has also proposed a partnership with Dominion Energy to expand fiber optic cable along power line routes. This partnership also offers the possibility of applying for another grant to further lower these costs.