In a 7-2 majority, the Supreme Court (SCOTUS) ruled on Wednesday (6/23/2021) that the structure of the Federal Housing Finance Agency (FHFA) was unconstitutional. 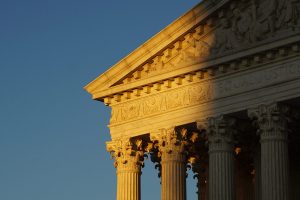 The FHFA is the regulatory body that oversees Freddie Mac and Fannie Mae, two of the nation’s largest federally backed home mortgage companies. The agency was created in 2008 under the Housing and Economic Recovery Act in response to the housing/mortgage crisis.

That same year, the FHFA put the companies into conservatorship due to the financial trouble they were facing during the great recession. Freddie and Fannie both received $190 billion in bailout funding, which they have paid back since their profit sweeps began in 2012, but they still remain in conservatorship. To this day, Freddie and Fannie continue to dominate the secondary mortgage market.

The Supreme Court’s 7-2 ruling means that the head of the FHFA, which manages both Freddie Mac and Fannie Mae’s conservatorship and serves for 5-year terms, can be removed without cause by a sitting president. When appointed under the Trump administration, now-former FHFA Director Mark Calabria sought to end government control over both companies and pushed for privatization. However, support for keeping the functions of Freddie and Fannie within the government’s purview is strong, particularly among banks and housing groups.

Following the court’s decision, President Biden removed Mark Calabria, the agency’s director, from his position. The role will now be held by the former Deputy Director of the Division of Housing Mission and Goals, Sandra L. Thompson. She will serve as FHFA’s Acting Director until a permanent replacement is selected.

“NAR has appreciated Director Calabria’s willingness to address complex issues and advance GSE reform conversations over the past two years,” said Oppler, a Realtor® from Franklin Lakes, N.J., and the CEO of Prominent Properties Sotheby’s International.

“While the agency has also worked tirelessly to uphold a safe, stable mortgage market throughout the pandemic, NAR has concerns that recent FHFA policy changes could jeopardize the availability of mortgage credit in the future. Regardless of any potential leadership changes on the horizon, Realtors® will continue working with the FHFA to advance our utility model for GSE reform as conservatorship ends.”

To read more on NAR’s response to the decision, please click here.

As of now, the future of Freddie Mac’s and Fannie Mae’s conservatorship remains unknown. Some have suggested that Biden could attempt to see Fannie and Freddie recast as utilities. This is a plan that some contend could mitigate the risk that the two companies present to taxpayers. This plan, called the utility model, has been endorsed by the National Association of Realtors®.

For more on GSEs and their viability as public utilities, please see the Penn Institute for Urban Research’s study (reviewed by NAR).