“LIFT is among the most effective ways policymakers have to address the nation’s pernicious problem of large and widening economic disparities,” – Mark Zandi, Chief Economist, Moody’s Analytics. 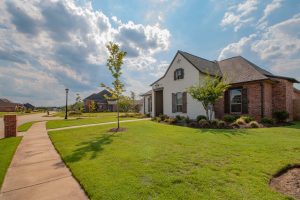 According to the summary of the bill put forth by the senators, the Department of Housing and Urban Development (HUD) would essentially house the program in consultation with the Department of the Treasury. The Treasury would subsidize the interest rate and origination fees associated with these 20-year mortgages, which would ensure that the monthly payment aligns with a new 30-year FHA-insured mortgage. Individuals would have to be first-time, first-generation homebuyers with incomes less than or equal to 120% of their area median income in order to qualify for the program.

Both Sen. Kaine (D-VA) and Sen. Warner (D-VA) are among the lawmakers who introduced the legislation. Below is an excerpt from Warner’s statement on the proposal:

“The number one way that middle class Americans build wealth is through homeownership, an opportunity that due to racism and structural inequality has been denied to too many families of color. Today, Black families in this country have an average net worth just one-tenth the size of their white counterparts.”

For the full text of the LIFT Act, click here.

For more advocacy and legislative news, please visit DAAR’s In The News page.