Turn the Tide: Tell Congress to Reauthorize the NFIP 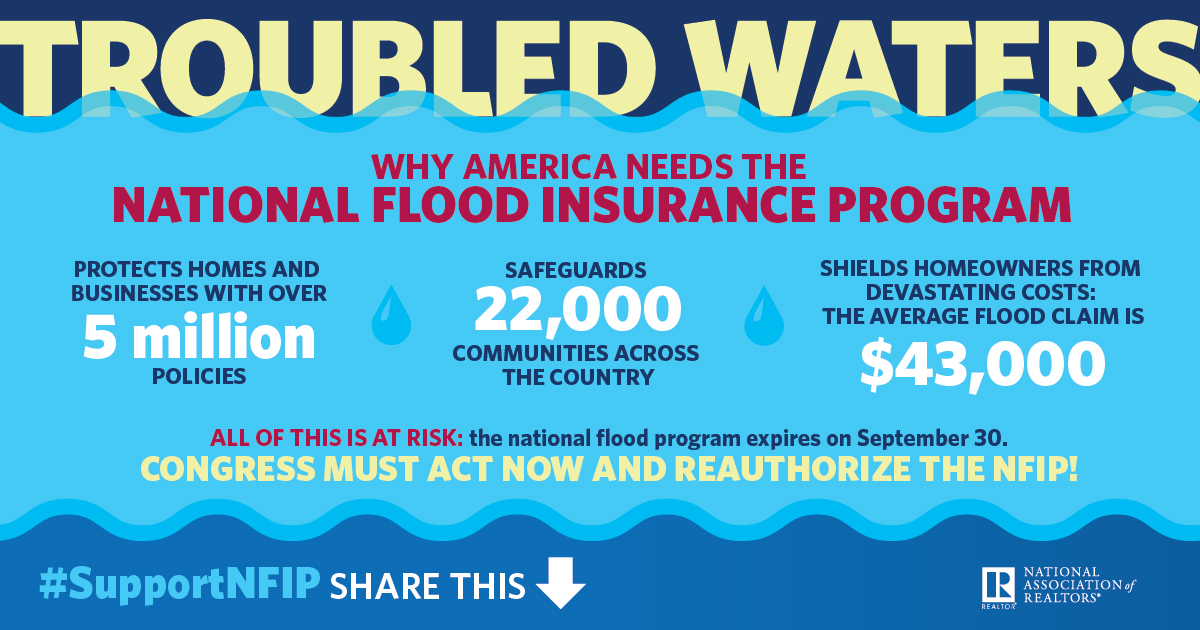 The Problem: The National Flood Insurance Program (NFIP) is scheduled to expire on September 30, 2017. Millions of home and small business owners in more than 20,000 communities nationwide require flood insurance. Without NFIP reauthorization, they will not be able to obtain insurance to protect their property against flooding! If the NFIP lapses, there will be 1,400 delayed or cancelled transactions every day.

The Solution: Urge Members of Congress to pass “The 21st Century Flood Reform Act.” H.R. 2874 reauthorizes and makes a number of critical improvements to the NFIP, including increased funds for mitigation activities, caps on overall premium increases, improved claim and mapping processes, as well as removing hurdles for more private market participation in the flood insurance market.

On Wednesday, August 23, 2017, NAR launched a Call For Action to all REALTORS® to take action with as many messages as possible urging Members of Congress to support H.R. 2874, “The 21st Century Flood Reform Act.” You may join with your fellow REALTORS® in several ways:

Take Action – Be the Voice of REALTORS® on Capitol Hill!