Of Virginia’s 133 counties, Loudoun boasts the largest increase in population size, but struggles with the third lowest housing vacancy rate. 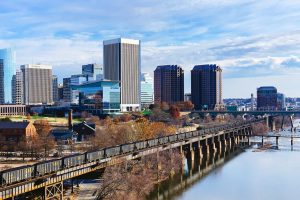 The 2020 U.S. Census results are out, which means the once-a-decade redistricting process will begin to unfold as state and local governments begin to review population changes.

Such an increase can be attributed to Loudoun’s heightened popularity as one of the best areas in the country for families to live. However, while the residential demand has skyrocketed, the supply of housing units (especially affordable ones) has not.

Now that the data is fully released, the County can now prepare analyses of the decade-long population changes in both election districts and precincts. County staff can also begin to develop possible local redistricting scenarios. The scenarios will then be presented before the Board of Supervisors at the bi-monthly business meeting on Tuesday, October 19, 2021.

For a full list of population, demographic, and housing data for Loudoun County, please visit the U.S. Census Bureau website.

For interactive data sets from the Bureau, including their 2020 Census Population and Housing Map, visit their Tableau platform.

To see the U.S. Census QuickFacts on Loudoun, click here.