Board of Supervisors Approves Example Plans for Local Election Redistricting

Following immense population growth in Loudoun County, the ideal size of each election district will  increase to 52,641 residents.

At the business meeting on October 19, 2021, Loudoun County’s Board of Supervisors (BOS) requested that 7 examples of local redistricting plans serve as “starting points” for both the public and the Board to consider how the county’s current population can be evenly grouped among election districts. This vote comes as a follow-up to the BOS business meeting from June 21, 2021, where the Supervisors decided to retain its 8 local election districts. 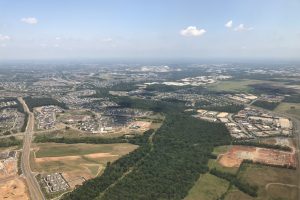 With the massive increase in Loudoun’s population from this past decade, the “ideal district size” for each new district will increase to 52,641 (up from approximately 39,000 in 2010). Below is a breakdown of what this will look like:

There has been much debate over what the districts could and should look like as this process continues to move underway. The first redistricting plan contains a proposed map (Map A) with a singular rural district that covers almost all of western Loudoun County. It also shows a single district virtually split in half by the Dulles International Airport (IAD). Alternatively, the sixth redistricting plan (Map F) shows one district to contain Urban Policy area(s) and two rural western Loudoun County districts.

For each of the seven redistricting examples, towns have not been split between election districts. However, Census Designated Places (CDPs) such as Ashburn, Sugarland Run, and Brambleton have been split in some of the proposed plans. For example, Map A proposes splitting Ashburn into 3 different election districts.

In order for the county to identify specific “communities of interest,” as well as provide a tool for the public to submit general comments about the redistricting process, county invited residents to submit comments via an online comment form. As of October 14, 2021, no public comments have been received.

To submit your own questions or comments on the redistricting process, please use this online comment form.