Announced on the centennial of the Tulsa massacre, the programs are part of a first-ever interagency effort that will also take aim at inequities in home appraisals. 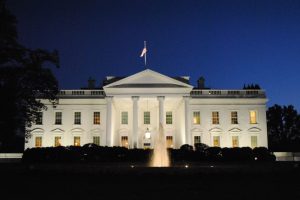 On Tuesday, June 1, 2021, the Biden-Harris administration announced new housing and small business programs that are designed to close the racial wealth gap. The White House released a fact sheet on the announcement with policy and implementation information.

Additionally, the Administration released information regarding President Biden’s American Jobs Plan proposals to create jobs/build wealth in communities of color. These include:

To this day, communities of color have been grappling with the effects of systemic racism in the housing arena. In fact, the 1921 Tulsa massacre highlights how anti-Black discrimination/violence has contributed to the racial wealth gap as it is seen today.

The Black community of Greenwood in Tulsa, OK, which was once known as “Black Wall Street,” became the victim of racist mob attacks. The subsequent destruction of Black Wall Street, in combination with the policies in place at the time (such as redlining, economic immobility, and lack of access to credit/homeownership) made economic recovery unfeasible for Black Americans.

Today, according to the United States Federal Reserve Board, Black American households possess $0.13 of wealth for every dollar of wealth owned by white American households. Equally as concerning, the White House’s fact sheet cited a 2018 study which found that homes in predominantly Black neighborhoods were often valued at tens of thousands of dollars less than their predominantly white neighborhood counterparts.

To combat these inequities, the Biden-Harris Administration has proposed the aforementioned policy solutions in order to both narrow the racial wealth gap and expand investment in communities that have historically been left behind.

As of June 1, 2021, NAR has released a statement applauding the White House’s initiatives to combat housing discrimination. DAAR joins NAR in their applause, and supports the initiatives set forth by the Biden administration to close the racial wealth gap and provide opportunities to build intergenerational wealth via home and property ownership.

For more information on the proposals, visit the White House’s website directly by clicking here.