DAAR Joins NVTA and Others in Opposition to Gas Tax Suspension

The gas tax accounts for one-third of the Commonwealth’s transportation funding, and there’s no guarantee that savings will be passed on to residents or REALTORS®. 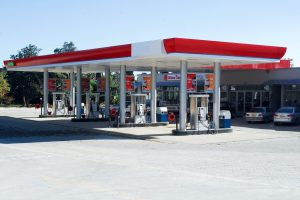 On Wednesday, March 23, 2022, the Dulles Area Association of REALTORS® (DAAR) signed a letter with other community organizations and REALTOR® associations opposing the Motor Vehicle Fuels tax (gas tax) suspension and the proposed permanent 2 percent cap on its annual indexing for inflation.

The letter, which was spearheaded by the Northern Virginia Transportation Alliance (NVTA) and Virginians for Better Transportation, urges Governor Youngkin and the Virginia General Assembly to instead focus on alternative methods that will reduce costs for drivers while not harming the Commonwealth’s transportation funding in the long-term.

The gasoline tax comprises one-third of the Commonwealth’s transportation funding. A three-month suspension (and a subsequent phase-in) of the gas tax would take away millions of dollars in vital funding from Northern Virginia transportation.

According to an analysis from Virginians for High Speed Rail (VHSR) and the Virginia Transit Association (VTA), the projected revenue cuts for Northern Virginia’s transit systems would approximately amount to $30 million. Loudoun County Transit alone would lose over half a million dollars in revenue.

Additionally, the current $0.26 tax is levied on gas distributors, which means there’s no guarantee that the savings will benefit drivers (including REALTORS®) since gas stations are not required to actually lower pump prices.

According to the VTA and VHSR analysis, the gas tax indexing change and the elimination of the gas and grocery taxes would cost Loudoun County Transit over $2 million in lost revenue (FY 2023 – 2028).

For more information about the gas tax as reported by InsideNoVa, click here. For the VTA and VHSR analysis, click here.

For Governor Youngkin’s press release about the suspension and phase-in of the gas tax, click here.